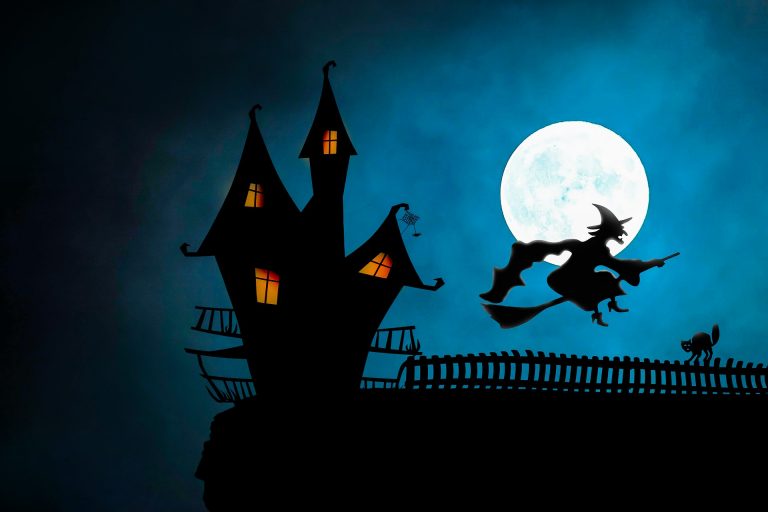 “I love the spirit of Halloween and the energy that comes with it.” – Katharine McPhee

The end of October is dawning on us and that means pumpkin spiced latte season is here but that is not the point of the post, Halloween is near. The way Halloween is portrayed on screens, are children dressing up as their favourite character and trick or treating from door to door in the neighbourhood, teenagers attending a themed party and families decking their houses out for the spooky season. However, Halloween is not as widely celebrated in Singapore. But there are still activities that you can during the spooky season, be it alone or with some company. Here are some suggestions we have for you.

Thriller stories are full for suspense and surprises that boost adrenaline causing readers to desire for more. The Silent Patient is a psychological thriller that revolves around psychotherapist, Theo Faber who was determined to learn Alicia Berenson’s reasons for murdering her husband, whom she truly loves and would never cause him pain. After that incident, she has been silent, refusing to speak a single word, hence the title. The Institute, by Stephan King, is about a secret organization that kidnaps kids with paranormal powers. Kids are brutally punished if they do not cooperate. These kids start in Front Half and will graduate to Back Half which is said to be “like a roach motel”. Follow Luke Ellis on his adventure in finding an escape from The Institute before getting into Back Half. “You check in, but you don’t check out.” Uncover the interesting plots of The Silent Patient and The Institute which can be found at Sengkang Public Library (#03-28 & #04-19).

Team up with heroes Jack Davids and Parker Jackson in LEGO® Certified Store (#03-08/09)’s Hidden Side™, a ghost hunting game that allows kids to play out exciting ghost-hunting adventures that combines the physical LEGO models with interactive augmented reality. All you need to do is build the models and using the app, allow the system to detect the model and the game is ready to be played. In the game, you are able to solve mysteries, find new and cool collectables, catch all the ghosts and defeat the boss ghost. The Newbury Haunted High School set depicts a high school scene where the school itself become a monster. This 1474-piece playset costs $209.90. There are 8 different playsets available from this collection, prices ranging between $49.90 to $209.90.

Do you love matching your manicure with the season? Trick or treat your nails ready for the spooky season by getting a manicure/pedicure pamper at Shimmer and Shine (#04-14). Whether you want terrifying pumpkins or Halloween monsters on your nails, let your imagination go wild with the nail art designs, the possibilities are endless. The gel mani service costs from $58, varies based on difficulty of design.

Krispy Kreme (#01-46) introduces Krispy Skremes, a line-up of Halloween-themed doughnuts, for the spooky season. There are 3 frightening designs available, The Mummy, Spider’s Lair and Graveyard. The Mummy doughnut has a rich cookie butter filling and dipped in white chocolate icing to recreate the mummy look. Spider’s Lair, a returning flavour, is a ring doughnut dipped in orange icing and topped with an Oreo biscuit, for the spider’s body and it serves to add some crunch to the doughnut. Graveyard is filled with rich chocolate filling, topped with Oreo bits, to look like soil, and a gummy worm. Each piece cost $3.30 each. A box of dozen Halloween Krispy Kremes, perfect for sharing, costs $39.60.

As Halloween is just around the corner, Halloween themed items are being sold and candies are no exceptions. Whether you are hosting a Halloween themed party or looking for an excuse to buy candies, head down to Cold Storage (#B1-25) and see the variety of candies available. Palmer’s Pumpkin Patch Chocolaty Mix contains 3 different fillings for the pumpkin shaped chocolates which are Double Crisp, Peanut Butter filling and Smooth & Creamy chocolate filling. Each bag has 36 pieces and costs $7.95. For the gummy lovers, pick up the Haribo Ghostly Gummies for only $2.50. A pack of spooky shaped gummies such as bats, skulls, skeleton and pumpkins. Stock up on these Halloween themed treats for your Spooktacular party or movie marathon.

Have a fangtastic Halloween!